Some amazing people work at the Kansas City Missouri Police Department. I've told you many stories of the heroic and selfless things they do, and there's another one I want to tell you about today. But her heroism is different than many of the split-second decisions of bravery officers make in the field. Hers is a thought-out, premeditated and painful act to save someone else's life.


Tricia Wadell is one of our civilian detention facility officers. She works the PM shift in our jail here at police headquarters. I learned about what she is about to do when I got an e-mail from Carthage, Mo., Police Chief Greg Dagnan a couple of weeks ago. Their story will be be published in our Informant newsletter next week, but I couldn't keep this quiet any longer. So to start your holiday weekend off with a warm feeling in your heart, read about what Tricia is going to do for a police chief she didn't even know that well:

A KCPD detention facility officer is making a major sacrifice to save the life of a southern Missouri police chief.
D.F.O. Tricia Wadell, 23, will be giving one of her kidneys to 40-year-old Chief Greg Dagnan of the Carthage, Mo., Police Department in a tandem surgery on July 29 in St. Louis. The operation has a greater-than-95 percent success rate.
“I’m helping out a good person,” D.F.O. Wadell said. “To me, it’s not a big deal.”
Wadell and Chief Dagnan first met in Joplin when Tricia joined that police department’s Explorers program and attended Missouri Southern State University. At the time, Dagnan was working as a reserve officer for Joplin and teaching full time at the college. Wadell had Dagnan for a few classes and ran into him during occasional Explorers work, like at DUI checkpoints. Neither said they knew the other all that well.
Wadell moved to Kansas City in 2007 and transferred her credits to Grantham University. She wanted to enter the Police Academy but was too young, so she went to work in the Detention Unit, which is her current assignment. When she heard Dagnan made chief in Carthage, a town of about 15,000 people roughly 15 minutes east of Joplin, she congratulated him, but that was the extent of her communication with him until an e-mail arrived about a year and a half ago from her mother.
Wadell’s mother goes to a church that is the same denomination as Dagnan’s. Word made it from his church’s prayer chain to the other’s that Dagnan’s polycystic kidney disease (PKD) was destroying his kidneys, and he would soon be in need of a transplant.
“We told folks at our church, and that was it,” Dagnan said. “It’s not something you like bragging about, especially at work. You have that tough-guy image in law enforcement.”
Dagnan had no idea that Wadell had received the prayer chain e-mail about him. Nor did he know that she went and got tested to see if she would be a match.
“I saw an e-mail from her one day, and I thought, ‘Oh, I haven’t heard from her in a while; she must be on the street or something in your department now, and she’s sending me an update,’” he said. “But instead she said, ‘Just letting you know I heard about you. I went and got tested, and I’m the match.’”
Dagnan said he was astonished. He was also humbled because he found out so many people got tested to help him that the hospital asked them to stop coming in because they were overloaded. Dagnan’s kidneys are now functioning at about 10 percent each. With Wadell’s healthy kidney and because he has no other major health problems, doctors have told him he can be back to light duty six weeks after the operation, and full duty at eight weeks. Wadell’s remaining kidney will enlarge to take over for her absent one, and she faces a similar recovery time.
For her part, Wadell is frightened, but she won’t be deterred.
“I’m scared to death,” she said. “… But I have so much respect for him and his family.”
When she recovers, she’d like another stab at a spot in the Police Academy.
Though both said they weren’t particularly close before, Dagnan said Wadell has become like part of his family now. His wife and four daughters, ages 19, 14, 11 and 8, have embraced Wadell as one of their own, and they all keep in constant contact. Because PKD is genetic, Dagnan fears that two of his girls also could have it, and he asked his wife and healthy daughters not to get tested for him so they could help out his other two daughters if need be. So Dagnan said Wadell is not only sacrificing for him, she’s sacrificing for his whole family.
“That’s probably the biggest gift she has given me – not only to be around for them but to feel good enough that I can be part of the family and be a dad to them,” he said. “… Her selflessness amazes me.” 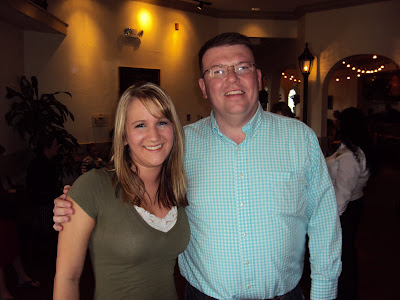