To stop homicides, issues from trash to school attendance need to be addressed

When a rash of homicides like we’ve experienced lately in Kansas City occurs, many ask what can be done to stop them. They’ll say homicides are rising and out of control. We recorded 109 homicides in 2015, up from a near-record low of 81 in 2014. But 2014 was an anomaly. Since we started keeping consistent annual homicide stats in 1969, Kansas City, Missouri, has only had 10 years in which we experienced fewer than 100 homicides. This is not a new problem. When the crack epidemic struck Kansas City in the late 1980s and early 1990s, things were much worse. There were more than 150 homicides in both 1992 and 1993.

Homicides began rising precipitously when I came onto the department as an officer in 1986. And you know what? We were talking about the exact same issues then. Although murders are significantly lower now than they were in the early 1990s, then, as now, many asked how to stop the bloodshed. To answer that, we have to know why homicides are happening. There is no one reason, and none of the reasons are new.

I spoke at this week’s Board of Police Commissioner’s meeting about one factor that’s really stood out to me lately: the conditions of the environment where these killings take place. Several of our department members did an in-depth analysis of homicides from 2011 to 2014. They responded to almost all of the crime scenes and reviewed case files. On a map, they found that 75 percent of Kansas City’s homicides – as well as 75 percent of all other violent crime – took place in a 34-square-mile area (10.8 percent of the city’s total land mass), bounded by St. John Avenue on the north, 85th Street on the South, Troost Avenue on the west and Topping Avenue on the East. In fact, 90 percent of all violent crimes in Kansas City were associated with this area, meaning victims or suspects of crimes came from there, even if the crime didn’t take place there.

But there are neighborhoods in those 34 square miles that don’t experience high levels of violent crime. What’s different about them from the neighborhoods around them? The analysis found the following:

· Residences posted as vacant and unsafe were quickly demolished

· Higher concentrations of churches and places of worship

· New or well-maintained sidewalks and roadways

In short, there is a sense of pride and ownership in those neighborhoods. People look out for one another. At recent homicide scenes, I’ve seen trash everywhere, overgrown brush, blighted vacant houses, busted sidewalks and more. I mentioned at the Board meeting earlier this week that I’d be willing to forego some of our department’s request for officers to fund the demolition of vacant houses. I say this because I understand the budgeting issues city government faces, and I’d like KCPD to be part of the solution. The City Manager and Council have tough decisions to make, and I want them to know the KCPD is happy to do whatever we can to help make our city safer. In fact, members of KCPD, the Kansas City No Violence Alliance, neighborhood volunteers and others have done several neighborhood clean-ups on the Prospect corridor to combat the types of environmental issues that lead to violent crime. Again, these are some of the same issues we talked about 30 years ago, and they still need addressing. 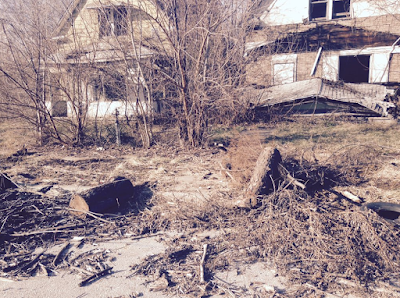 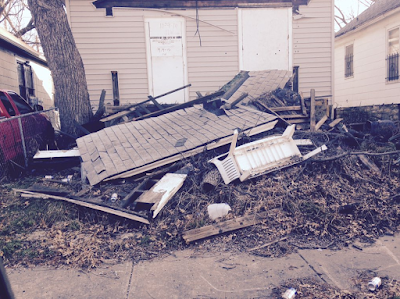 But there are so many other factors that contribute to violence. Many elected officials lately say the problem is guns. Yes, easy access to guns for people who shouldn’t have them is a problem. Without a doubt, guns have always been the leading cause of violent death in Kansas City. But guns are just a small piece of the issue. In seeking to stop homicides, we can’t focus solely on firearms, nor can we wait for someone else to do something that restricts access to them. We have to be creative and do what we can now. And by “we,” I don’t just mean the police. I mean the whole community.

From before people are born, things can be done that will keep them from heading down a path of violent behavior: proper prenatal care, early childhood education, parental involvement, staying in school until high school graduation. I would love to see the age for compulsory school attendance be increased from 16 to 18. Many of the violent crime suspects and victims we encounter have extensive juvenile criminal histories. Imagine how different those 34 square miles could be if they were filled with high school graduates! The Police Department certainly can’t do all those things. We have programs like the Police Athletic League that have turned kids’ lives around. Thanks to strong mentorship, those kids overcame significant obstacles. But there are so many more kids who need that kind of assistance than there are members of KCPD.

That’s where the community needs to step up: not just those living within those 34 square miles, but every other person in the Kansas City metropolitan area who is concerned about the safety and future of our city. Imagine what it would look like if everyone in this city helped clean up a neighborhood or mentor a young person in the urban core.

There are other issues that lead to violent crime, as well, and we’ve all heard many of them before. Mental illness and substance abuse are big ones. A person who would shoot into a home or vehicle full of people – sometimes children – clearly has a personality disorder and/or unhealthy thought patterns.

I’ve also seen that few of our violent crime suspects and victims tend to think very far outside of their own little world of family and associates. Not only do they miss the opportunities available to them outside of this small group, they miss the bigger picture entirely. They don’t believe in a higher power. They believe man is all there is. For me, that higher power is God, and serving him is my primary purpose. Without that belief in something bigger than them, the people involved in these violent crimes essentially live without purpose. As we have seen, that has incredibly destructive consequences.

I have responded to literally hundreds of homicide scenes in my career, and one of the most frustrating things to me is to hear the grieving family members and friends say, “We knew this was going to happen someday.” Our police department must continue to build relationships so these folks can trust us enough to come to us BEFORE anyone dies. If you fear for the life of someone because of the activity they’re involved in and the people they associate with, please tell us!

I’m willing to try anything that will make our city safer. I have requested money to hire 60 officers (we currently have 79 vacancies) in the upcoming budget. Human capital is important and needed, but it is not the answer to everything. Would ten officers working a single city block have as much impact as demolishing vacant houses, cleaning out trash and brush and improving infrastructure? I don’t know. But I think we all need to keep our minds open to whatever approach could decrease violence in Kansas City, Missouri, and then be willing to roll up our sleeves and help. 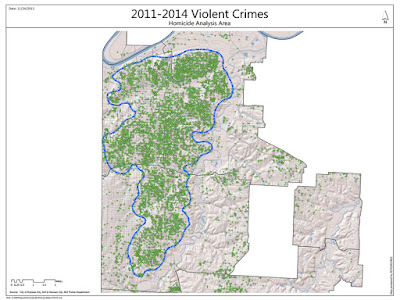 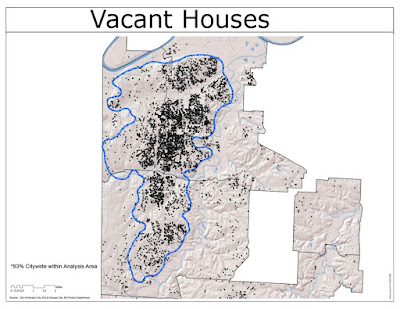