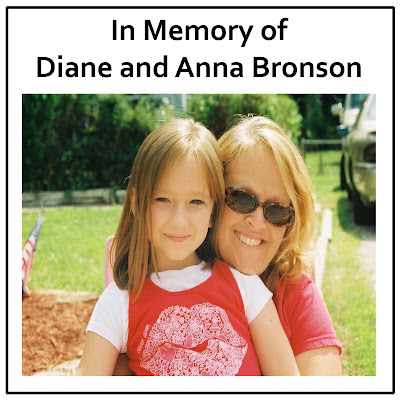 Kansas City Police will launch a new campaign to remember the victims of drunk driving incidents while preparing for a statewide impaired driving enforcement effort.


The statewide “Drive Sober or Get Pulled Over” enforcement campaign kicked off at 10 a.m. Friday, Aug. 17, at the Kansas City Regional Police Academy, 6885 N.E. Pleasant Valley Road. The enforcement will run from Aug. 17 through Labor Day, Sept. 3. In launching the campaign, KCPD joined the Missouri Department of Transportation (MoDOT), Missouri State Highway Patrol, Smithville Police Department and Annette Murray, who lost her sister and niece to a drunk driver.

In addition to kicking off the Drive Sober enforcement campaign, Kansas City Police also will introduce their efforts to honor local victims who have lost their lives to drunk drivers. In partnership with MoDOT and Mothers Against Drunk Driving, KCPD will dedicate their upcoming sobriety checkpoints to these victims. Each checkpoint will honor a different victim by featuring two signs – one at the beginning of the check-lane with the victim’s picture and another at the end saying the date the victim was killed. After each checkpoint, the victims’ families will be given these metal signs to keep.

“It’s a way to really drive home the toll drunk driving takes on human life,” said Major Rich Lockhart, commander of KCPD’s Special Operations Division. “Many people ask, ‘Why do you do checkpoints?’ The person on that sign is why.”

The first victims to be honored at a DUI checkpoint will be Diane and Anna Bronson, the 44-year-old mother and 11-year-old daughter from Belton, Mo., who were killed on July 4, 2011. A driver whose blood alcohol level was twice the legal limit was driving the wrong way on Interstate 435 that day and slammed into the Bronsons’ vehicle at 63rd Street in Kansas City. In March 2012, the driver was sentenced to 15 years in prison. Annette Murray, the sister of Diane and aunt of Anna, spoke about the cost of that drunk driver’s actions at the kick-off event Friday.

In 2011, sixteen people in Kansas City died at the hands of an impaired driver, and another 49 suffered disabling injuries.

KCPD will join other law enforcement agencies from throughout the state with stepped-up patrols and DUI checkpoints to look for impaired drivers from Aug. 17 – Sept. 3. 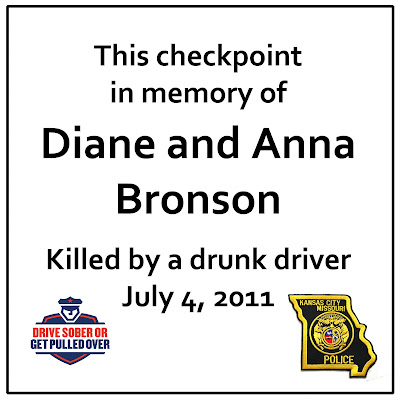