Officer goes above and beyond to assist elderly man 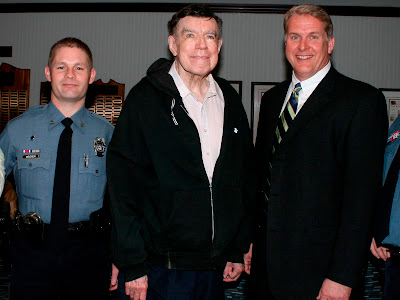 This morning, I presented a Life-Saving Certificate to Officer Joshua Meierer. Officer Meierer saved the life of 73-year-old Kenneth Everett when he collapsed in a Wal-Mart store last June, but he did much more than that. Above is a picture after this morning's ceremony with Officer Meierer, Mr. Everett and me. Below is their story: