APRIL 22 UPDATE: Raul Ortiz-Caseres and Regino Vasquez-Martinez have been charged with the kidnapping in Jackson County, Mo. They are still in custody in Fairview Heights, Ill., and will be extradited soon. They are being held on $150,000 bond each. 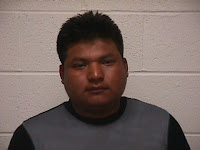 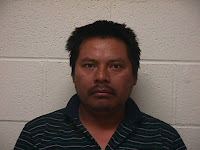 While police were interviewing the victim's sister, other officers found a nearby witness. He said he saw two Hispanic men force a woman into a brown van and leave. Hours later, the victim's sister got a phone call from the victim. The victim said she was in a McDonald's bathroom, and she'd locked herself inside. She told her sister she'd been kidnapped and was very afraid. After a while, the McDonald's manager unlocked the door to the bathroom. The manager found the victim obviously distraught and on her cell phone. There was a language barrier, so the manager got on the victim's phone and figured out the situation. The manager called police immediately. By that point, the victim and suspects were in Fairview Heights, Ill. Local police arrested the two suspects and located the victim at the McDonald's. The suspects are currently in custody in Fairview Heights. Kansas City detectives are there and are questioning the suspects at this time.
at 3:09 PM