Help us find this girl's family

UPDATE, 11:10 A.M: The girl's parents have been located at a residence in the 6400 block of E. 12th St. Her father said she must have gone outside to play while he was sleeping. He called police when he couldn't find her. No charges will be filed at this time.

At about 8:30 a.m. today, a little girl was dropped off at the KCPD Service Station at 1245 Prospect Ave. A citizen found her walking alone near Independence Avenue and Wilson and took her to the station. Police have not been able to locate the toddler's home or parents. She is believed to be about 2-and-a-half years old and says her name is "Nina." She was found wearing purple pants with no shirt or shoes. She appears to be in good condition but was transported to a local hospital for a check-up.
Anyone with information about the child's identity, family or home is urged to call the East Patrol Divsion at 816-234-5530 or the TIPS Hotline at 816-474-TIPS (8477). 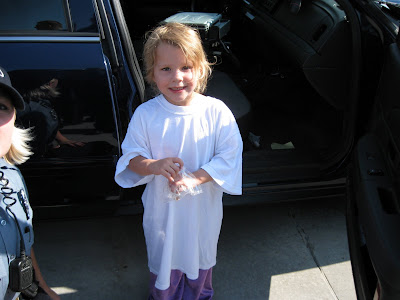 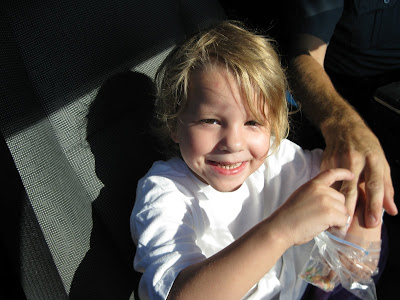