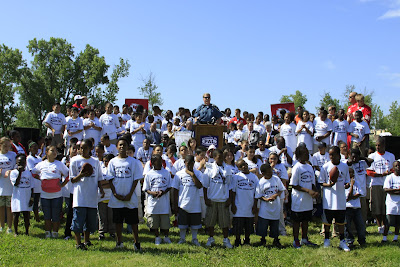 At this morning's announcement - more photos below.
PRESS RELEASE:

The grant is being matched by other community partners, including the Sports Turf Managers Association, Honeywell and Acme Fence, to build a natural turf field next to the PAL Center. PAL has no football program at present but arranges for some children to play in outside flag football leagues. In addition to the nearly 600 children who are members of PAL, the field will be used by student athletes from the Imagine Renaissance Academy and other nearby schools.

“This field will be the centerpiece of neighborhood revitalization on the east side,” Chief Corwin said. “It will be a gathering place for children and all area residents to engage in all types of outdoor activities. The field will mean much more than football.” 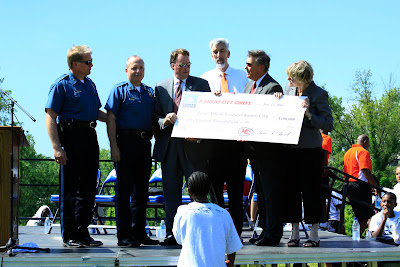 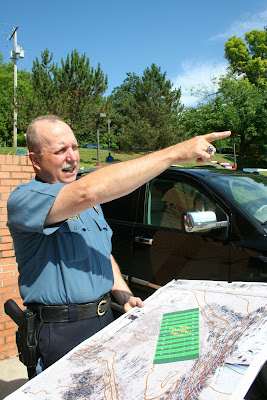 Captain Rex Tarwater, commander of KCPD's Youth Services Unit, explains where the field will go on the PAL site at 1801 White Ave. 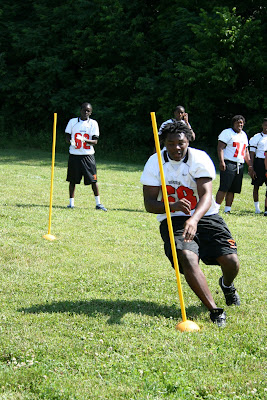 Students from the Imagine Renaissance Academy practiced on the site of the new field after the check presentation in a clinic led by Kansas City Chiefs players. The Academy will use PAL's field as their home field. 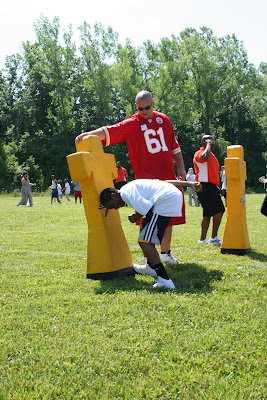 Chiefs Tackle Colin Brown instructed PAL youth how to tackle.
Send comments to kcpdchiefblog@kcpd.org.
at 8:59 AM