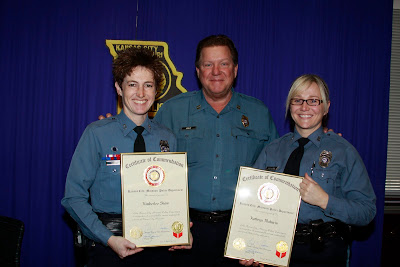 At yesterday's Board of Police Commissioners meeting, I presented Certificates of Commendation to officers Kim Shaw and Kate Mahurin (they're pictured above with Capt. Pat Grove). With the help of Synergy Services, these officers have gone way above and beyond to ensure victims of domestic violence can get help in their situations. Here's what they did: